Socrates: And now, let me show in a figure how far our nature is enlightened or unenlightened: Behold human beings living in an underground cave, which has a mouth open towards the light and reaching all along the cave; here they have been from their childhood, and have their legs and necks chained so they cannot move, and can only see before them, being prevented by the chains from turning round their heads. Above and behind them a fire is blazing at a distance, and between the fire and the prisoners there is a raised way; and you will see, if you look, a low wall built along the way, like the screen which marionette players have in front of them, over which they show the puppets.

Socrates: And do you see, men passing along the wall carrying all sorts of vessels, and statues and figures of animals made of wood and stone and various materials, which appear over the wall? Some of them are talking, others silent.

Glaucon: You have shown me a strange image, and they are strange prisoners.

Socrates: Like ourselves; and they see only their own shadows, or the shadows of one another, which the fire throws on the opposite wall of the cave.

Glaucon: True; how could they see anything but the shadows if they were never allowed to move their heads?

Socrates: And of the objects which are being carried in like manner they would only see the shadows.

Socrates: And if they were able to converse with one another, would they not suppose that they were naming what was actually before them?

Socrates: And suppose further that the prison had an echo which came from the other side, would they not be sure to fancy when one of the passers-by spoke that the voice which they heard came from the passing shadow?

Socrates: To them the truth would be literally nothing but the shadows of the images.

Glaucon: That is certain.

Socrates: And now look again, and see what will naturally follow if the prisoners are released and disabused of their error. At first, when any of them is liberated and compelled suddenly to stand up and turn his neck round and walk and look towards the light, he will suffer sharp pains. The glare will distress him, and he will be unable to see the realities of which in his former state he had seen the shadows. And then conceive some one saying to him that what he saw before was an illusion, but that now, when he is approaching nearer to being and his eye is turned towards more real existence, he has a clearer vision. What will be his reply? And you may further imagine that his instructor is pointing to the objects as they pass and requiring him to name them. Will he not be perplexed? Will he not fancy that the shadows which he formerly saw are truer than the objects which are now shown to him?

Socrates: And if he is compelled to look straight at the light, will he not have a pain in his eyes that will make him turn away to take in the objects of vision that he can see, and which he will conceive to be in reality clearer than the things which are now being shown to him?

Socrates: And suppose once more that he is reluctantly dragged up a steep and rugged ascent, and held fast until he's forced into the presence of the sun itself. Is he not likely to be pained and irritated? When he approaches the light his eyes will be dazzled, and he will not be able to see anything at all of what are now called realities.

Glaucon: Not all in a moment.

Socrates: Last of all he will be able to see the sun, and not mere reflections of it in the water, but he will see him in his own proper place, and not in another; and he will contemplate him as he is.

This brilliant allegory comes from Plato's Republic, and being an allegory, it should be understood these words are not an artistic expression of fantasy. This is an intellectual criticism of our perception of reality. Socrates attests to this point both in his explanation of the allegory, and at the introduction when Glaucon remarks, “You have shown me a strange image, and they are strange prisoners.” Socrates replies, “Like ourselves”. This allegory famously illustrates the power image has to form one's perception of reality, which helps me explain my second principle. 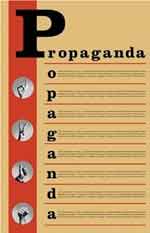 The conscious and intelligent manipulation of the organized habits and opinions of the masses is an important element in democratic society. Those who manipulate this unseen mechanism of society constitute an invisible government which is the true ruling power of our country.

We are governed, our minds are molded, our tastes formed, our ideas suggested, largely by men we have never heard of. This is a logical result of the way in which our democratic society is organized. Vast numbers of human beings must cooperate in this manner if they are to live together as a smoothly functioning society.

Our invisible governors are, in many cases, unaware of the identity of their fellow members in the inner cabinet. They govern us by their qualities of natural leadership, their ability to supply needed ideas and by their key position in the social structure. Whatever attitude one chooses to take toward this condition, it remains a fact that in almost every act of our daily lives, whether in the sphere of politics or business, in our social conduct or our ethical thinking, we are dominated by the relatively small number of persons - a trifling fraction of our hundred and twenty million - who understand the mental processes and social patterns of the masses. It is they who pull the wires which control the public mind, who harness old social forces and contrive new ways to bind and guide the world. -Edward Bernays, Propaganda (1928)

My second principle is beware all images, illusions, wonders and the invisible governors who produce them. This meant purging my reality of every conceivable idea that I knew to be the product of their images. This is a daunting task, carefully portrayed in the prisoner's release and painful transformation in Plato's allegory.

Continue to On Wisdom